For months now, since Election night on November 3rd, The Gateway Pundit has been exposing the massive and unprecedented fraud in the 2020 presidential election.

The days when Democrats find 500 ballots in a trunk of a car are over. Today their election fraud includes likely every segment of the election process from illegal voters to fraudulent counting.

Since the US Capitol rioting on January 6th the Democrat-Media Complex, including the tech giants, will no longer allow ANY discussion on fraud in the 2020 election. Democrats and RINO Republicans like Lindsey Graham are determined to shut this discussion down.

This is a lie.
They are trying to control what you can say, read or see.

In response to this media gaslighting today we are releasing our list of the Five Most Significant Acts of Fraud in the 2020 election.

FIVE MOST SIGNIFICANT ACTS OF FRAUD IN THE 2020 ELECTION:

in late December President Trump tweeted out an OANN report on a Gateway Pundit investigation of the Atlanta suitcase voter fraud scandal.

The Gateway Pundit was first to identify Ruby Freeman, her daughter Wandrea “Shaye” Moss, and their boss Ralph Jones, Sr. in the infamous suitcase ballot hoist.

We later reported on Ruby Freeman running the same batch of ballots through the counting machines at least three times after these Democrat operatives cleared the room of observers!

Shaye Moss is the same person who called out for observers to go home late on election night before the ballot heist.

Ralph Jones, Sr. is ON AUDIO telling reporters he was going to shut down the State Farm Center early and send observers home. This was BEFORE the suitcase ballot heist!

It was a carefully planned event!
They had NO IDEA they would get caught!

Georgia elections official Gabriel Sterling later came out and told reporters this was completely normal in his state. If counting ballots without observers after you sent them home is normal then Sterling should have been arrested by now.

At this time there is no evidence that FBI or the Georgia Bureau of Investigations have interviewed or arrested Ruby Freeman, Shaye Ross, or Ralph Jones, Sr.

2.) The Drop and Roll — Shutting down five states and then dumping hundreds of thousands of late-night votes for Joe Biden

Five swing states all shut down their counting on election night at the same time. This was likely a coordinated event.

Then each state saw a mysterious and impossible spike of Joe Biden ballots in the middle of the night. We first discovered this pattern in Pennsylvania. Then we saw this same pattern in at least four other states.

We later put together a video with the data we had at the time to explain this “Drop and Roll” fraud in the 2020 election.

Committed far-left Democrats blocked and harassed GOP election observers in several swing states. We have video of this. The media defended this. In Pennsylvania the Democrats blocked GOP observers from the counting room until they were able to manufacture nearly a million votes for Joe Biden.

4.) Votes deleted or switched from President Trump to Joe Biden:


A few days after the election we began to identify system ‘glitches’ that were reported across the country where votes were switched in all cases from President Trump to Joe Biden.  These switches were in the thousands.  We then reported on an analysis where the data from the election was reviewed and millions of votes for President Trump were eliminated or switched to Joe Biden.

The President retweeted this report twice.

5.) USPS postal service drivers speak out after they were told to transfer up to 288,000 completed ballots across state lines after the election.

Election fraud whistleblowers came forward in late November, including one who witnessed the shipping of an estimated 144,000-288,000 completed ballots across three state lines on October 21.

The information was made public at a press conference by the Amistad Project of the Thomas More Society, a national constitutional litigation organization.

Attorney Phil Kline said, “130,000 to 280,000 completed ballots for the 2020 general election were shipped from Bethpage, NY, to Lancaster, PA, where those ballots and the trailer in which they were shipped disappeared.”

Truck driver Jesse Morgan was present at the press conference and spoke for 9 minutes about his unbelievable ordeal. Morgan was tasked with delivering completed ballots to Pennsylvania from New York state.

This was explosive testimony.

Jesse Morgan: In total I saw 24 gaylords, or large cardboard containers of ballots, loaded into my trailer. These gaylords contained plastic trays, I call them totes or trays of ballots stacked on top of each other. All the envelopes were the same size. I saw the envelopes had return addresses… They were complete ballots.”

Jesse went on to say that he sat in Harrisburg for hours and when he was told to leave the supervisor at the post office would not give him a slip or an overtime slip so he could get paid. Jesse said the manager-supervisor was “kinda rude.”

Jesse’s testimony today revealed that employees at the United States Post Office were in on the conspiracy to steal the votes.

The video has 1 million views!

Jesse Morgan, a truck driver with USPS subcontractor says he was suspicious of his cargo load of 288,000 COMPLETED ballots: “I was driving completed ballots from New York to Pennsylvania. I didn’t know, so I decided to speak up.” pic.twitter.com/YYIiZL1V55

These are just five of the most blatant acts of fraud in the 2020 election.

This does not include the massive mail-in absentee ballot fraud or the vote counting machines which allow for election fraud.

The Democrats and tech giants insist you are no longer allowed to discuss the fraud in the 2020 election. 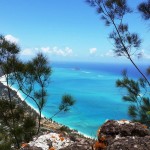 Have we uncovered the truth about the 2020 election?